The girls are addicted to this Pepperidge Farms cinnamon bread. If I let them, they'll each eat three pieces at breakfast. So last weekend I decided we'd bake some cinnamon bread of our own.

With apologies to Pioneer Woman Cooks, here's my bread-making process.


First, you gather all the ingredients. Then you notice you don't have cinnamon, which is crucial to making cinnamon bread. So you raid your neighbors' pantry and steal theirs. Make sure the neighbors are out of town when you do this. 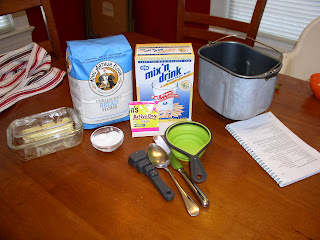 Then, if you're Lily, you pout and cry a little because your big sister got to go first when adding ingredients. 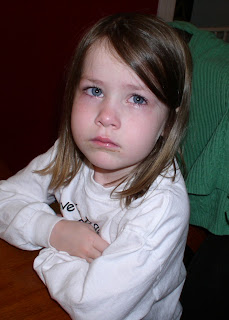 The nice thing about my bread baking is that everything goes right into one pan, which makes for a very fast clean-up. 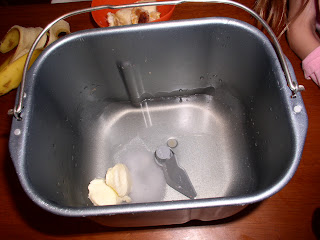 After you've added the flour, cinnamon, salt, water, butter and powdered milk, make a little hole for the yeast and pour it in. I don't know why you have to make a little hole, but you do. Bad things happen if you don't. 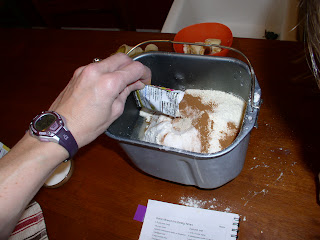 Pop the whole shebang into the bread machine and hit the start button. (Ignore the People magazine on the counter. I don't really read such trash, really. ) 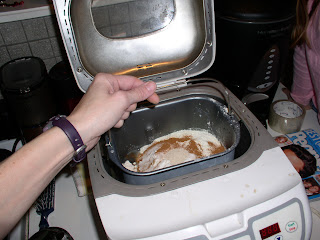 Make sure to take time to watch the kneading process. 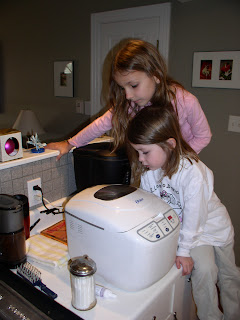 Et voila, three hours later, you have bread. The girls' verdict? It's not as good as the store-bought cinnamon bread. The did like the plain old white bread I made the next day, though. 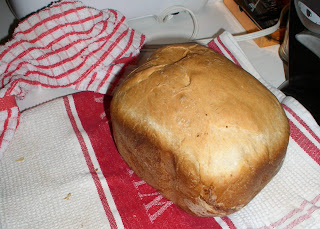 Posted by hokgardner at 9:31 AM

How come your bread making machine looks so shiny and clean? Mine looks awful, despite vigorous scrubbing. Tell me yours is brand new!!! Please!?

Sorry, it's at least 8 years old. I just don't use it very often. I don't have room in my kitchen to store it, so the machine is on a shelf in the garage. As a result I forget that it's out there.

Plus, when I was pregnant with my first, the smell of bread rising made me really, really queasy. I still get slightly nauseated at the smell, more than seven years later.

Crazy. A bread maker. I could never allow myself to own a breadmaker. It seems like such a luxury, and it seems so fun to use. However, like a grill, big mixer, food processor, and a garage for goodness sakes, we can't own. I envy people like you who own things like that.

HEre is an idea. I knew a lady who woke up early every morning and baked a cake. Every single day she took a homemade cake to someone. Why don't you and the kids make bread every day and take it to someone. I could be first on your list???