Today marks the first anniversary of my grandmother's death, and it is still hard to believe she's gone. Last week I was telling someone about the "Big House" and I couldn't remember some detail. I said, "I'll have to call Nona and ask her." Then I teared up because it hit me, again, that I can't just call her.

But instead of dwelling on the sadness, here are some fun pictures. 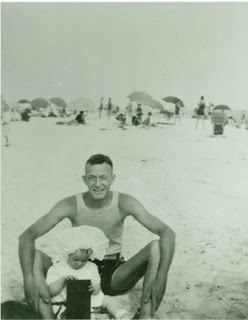 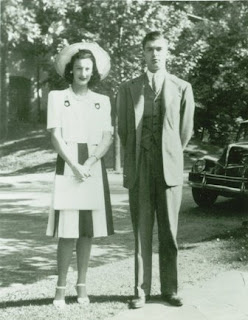 This was taken in 1940. I love the hat. The dashing man is her brother, William Donald Brown. Many family members think my dad looks like his Uncle Donald. In fact, when Uncle Donald was courting his wife, he took my dad, who was five or so, with him on a date at the Central Park Zoo. Aunt Rose Marie later told us she was convinced that Uncle Donald brought my dad along so he could break it to her that he had a son. 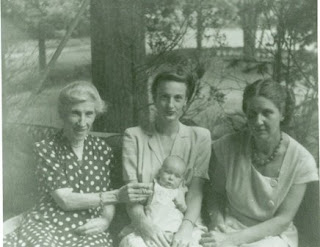 This was taken in 1946. From left are Great-granny Robertson, for whom my sister is named, Nona, with my dad on her lap, and Ella Robertson, Nona's mother. My Ella is named for her. 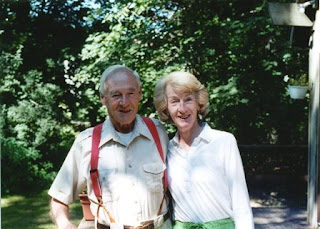 And finally, Grandpa Tom and Nona in 1995. I love this picture of them - they look so happy. Granpa Tom died in 2006 of cancer.

Posted by hokgardner at 9:32 AM

Those pictures are just wonderful. I especially like the one from 1940. How elegant people were back then...no sagging jeans or belly rings anywhere!

Hi there...I'm so sorry about your Nona passing away. I have a Nona too (thankfully, she's still alive). Was your Nona was Italian, like mine (I assume she was given the fact that she was a Nona!?) I also have a 'B' for a husband, like you! :)

And thanks for your comment on my blog. I really feel for your husband, obviously I know what it's like. A course of prednisone helped me after one of my surgeries...is he doing a taper? I will cross my fingers that that will help. Is he receiving this treatment via a pain management center?

I love old pictures. Especially of people that we know as "old." So much fun to realize they were young once too, and vamped for the camera.