I had so much fun going through the old pictures for Saturday's post, that I decided to put up some more. But first, to clear up some confusion on names. We called my grandmother "Nona," but she wasn't Italian. Her name was Mona, and somewhere along the line, someone dubbed her Nona as a nickname. She was Scottish. And her mother was named Ella, but we called her "Lala." Lala's husband was William Henry, or Harry to friends, but grandkids and the like called him "Boppy." Confused yet?

These pictures are of Lala and Boppy. 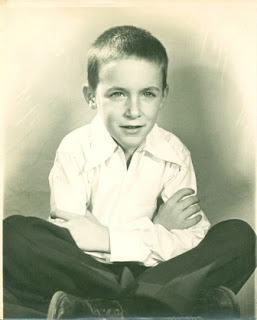 Except for this one. This cute little guy is my dad - RunnerDude from the comments. 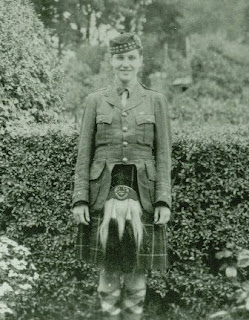 This is Lala outside her house in Scotland in 1921, which makes her about 22. 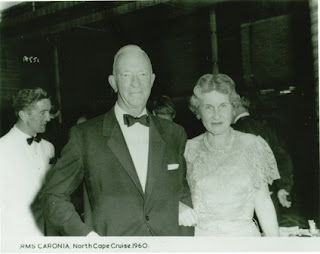 Here are Lala and Boppy from 1960. The photo says it is the HMS Carolina's North Cape Cruise, but I have no idea what North Cape that might be. My great-grandparents and grandparents cruised A LOT, mostly because for much of my great-grandparents' lives that was the only way to get to Europe. My grandmother went on so many cruises on the Holland America line that she became an honorary admiral of the fleet and always got bumped up into a two-room suite with a private balcony. I went on two cruises with her as a teen-ager, and she just loved to sit in the shade and read or knit or do crossword puzzles. It was her idea of a perfect trip. 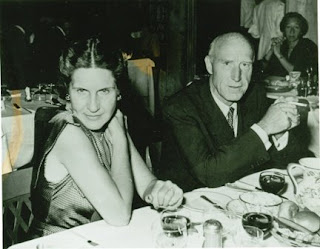 I LOVE this picture of Lala; she is totally vamping for the camera. The man with her is her brother-in-law, Rob Hill. I have no idea what year this is from. Rob was married to Lala's sister Evelyn. Rob and Boppy were best friends, and apparently they both arrived to take out the Robertson girls and had a discussion ahead of time about who was taking out whom. I guess it all worked out in the end.

Love the pictures! That first one looks just like MY dad! I guess all little boys had the same haircut back then, huh?