Just as Ella seems to have been born to climb, Lily was born to dance. From the time she could walk she has twirled her way through life.

When she was three, I enrolled her in Creative Movement with the divine Ms. Joan at Ballet Austin, and Lily found her home. 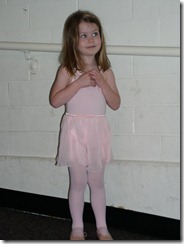 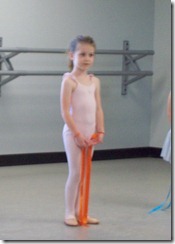 She moved up through the Creative Movement classes and eventually donned the blue leotard of Pre-Ballet. 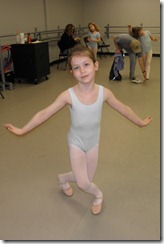 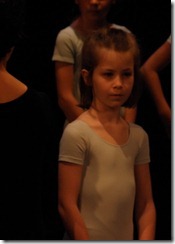 Last month, Lily graduated from Pre-Ballet and left the blue leotards behind. 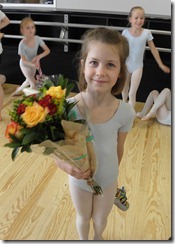 She’s now officially in Ballet 1, and she goes to class twice a week. She also gets to wear a purple leotard and HAS to have her hair in a bun. 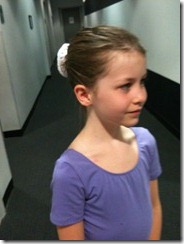 This year she also gets to audition to be a mouse or an angel in Ballet Austin’s annual production of “The Nutcracker.”

I have had so much fun watching Lily change from the roly-poly little girl pretending to be a sea horse during Creative Movement into a ballerina with perfect posture practicing at the barre.

Maybe some day she’ll be prima ballerina of a major company.

Posted by hokgardner at 9:20 AM

What a transformation...from fluffy pink cuteness to the serious ballerina.

Aww we don't see so much of Lily, she's sweet as

that's my girl. (aunt sarah who doesn't feel like signing in to google.)

And even if she doesn't make a career of it - the grace and carriage will always be with her.