Elizabeth arrived 5 weeks early, weighing in at a whopping 4 pounds, 14 ounces. After the doctor delivered her, the nurses showed Elizabeth to me and then whisked her away to NICU. I had to wait another two hours before I could see her and 12 hours before I could actually hold her little hand. It was another day before I was able to hold Elizabeth and give her a bottle, and then another day before I got to nurse her. Those were three of the longest days of my life. 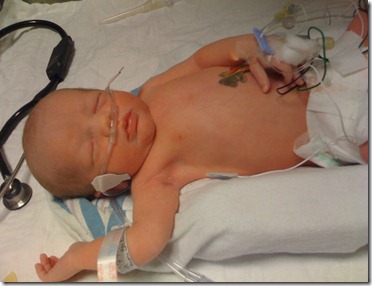 Here she is in NICU, about an hour after she was born. 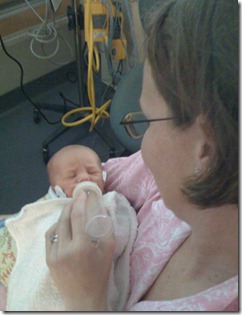 Two days old and getting her first bottle. She drank it like a pro. I have never been so happy to give a baby a bottle in my life.

When we brought Elizabeth home after 7 days in NICU, she weighed 4 pounds, 9 ounces, and I was terrified at the thought of being responsible for such a teeny little thing. But I quickly forgot about how small she was. What she lacked in size, she made up for in sweetness. 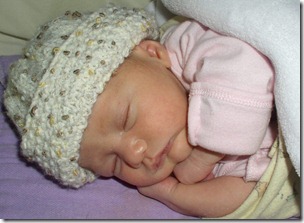 And now my teeny beanie is two, which is just astonishing. She’s gone from being a tiny little bug to being a walking, talking, tantrum-throwing two year old. Elizabeth absolutely rules our house, and I’m doing my best to not spoil her rotten, but it’s so hard. When she’s not on the floor screaming, she’s just too cute and funny for words. 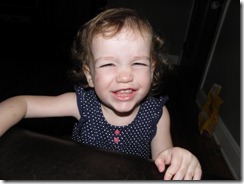 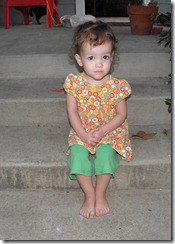 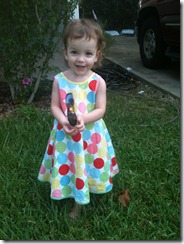 I’m giving Elizabeth lots of extra love today, feeling profoundly grateful that, after her scary start, she is as happy and healthy as can be.

Posted by hokgardner at 1:17 PM

Oh my GOSH! my heart was fluttering just at the description from after the fact. That picture of her in the hat almost makes me want another baby...almost
-Kaci

She is just adorable. Happy Birthday to both of you!

And thanks again for your support, Heather.

Not sure if I ever told you that I am the youngest of four. I have a little weakness for your Elizabeth...

I love that picture in the hat. Oh, my goodness.

I'm a day late, but I hope her big day was wonderful. Can't believe she is TWO!

Two years! Time flies. Happy Birthday to both of you!

We have a lot in common, I should've known. All 3 of mine were NICU babies.

People who survive this time, are somehow different..it's like we get what matters.

Happy Birthday, to your sweet girl...

(finally a happy post! I was getting scared to come back to this darn blog)

Aww happy birthday possum. She doesn't show any signs of her shaky start does she?