Ella had a climbing comp in the happening town of Harker Heights on Saturday. She finished all four of her routes, and tied for first with another girl on our team. Because this competition decided who moves on to the next round, the girls had to climb in a Super Final. 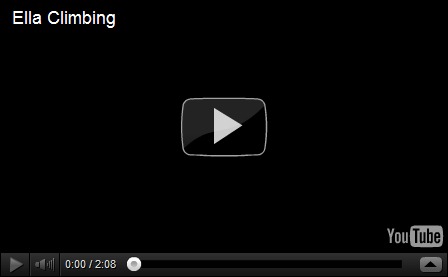 The other girl was able to touch one hold higher than Ella did, which meant Ella placed second overall. She was third in speed climbing. Next up is Divisionals in Grapevine, TX. Divisionals has been held in Boulder the past two years, and I’m disappointed I’m not getting to spend a week in June in the mountains. The Dallas-Ft. Worth plex just isn’t the same.

Posted by hokgardner at 1:40 PM

This was fantastic!!! It look like she lost her grip at the top. Maybe not if you say she finished them all. Great!!!

You can go to the mountains anyway...

When are divisionals? Maybe we can come watch. Grapevine is only 30 min from us!! ~TRISHA