Knitting up a storm

I’d been in kind of a knitting funk during the past few months. I just couldn’t find any joy in knitting. And since it’s supposed to be a fun hobby, not a chore, my projects had been languishing. I had given up all thoughts of knitting Christmas gifts for anyone.

But then I decided to knit a cowl for Aunt A as a thank you gift. Unfortunately, I didn’t take a picture of the cowl, but it was out of this gorgeous handspun that I received as a gift a few years ago. It was just so lovely to work with, and the cowl turned out beautifully.

And that was enough to end my knitting funk. As I’ve finished projects, I’ve been piling them up on a desk in my room. 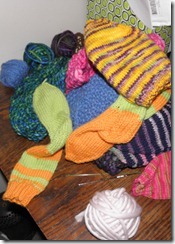 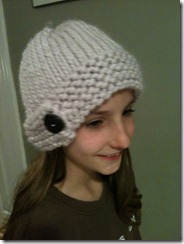 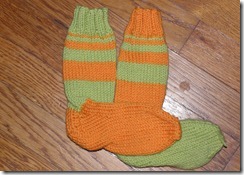 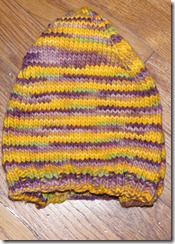 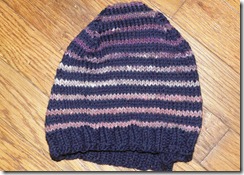 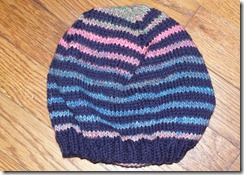 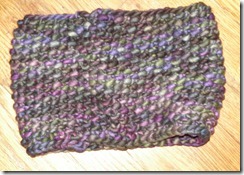 A cowl in Malabrigo Rasta, colorway Zarzamor (the picture doesn’t do the colors justice) 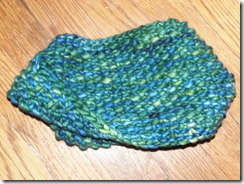 Another cowl, this one with a twist, in Malabrigo Rasta, colorway idon’tremember 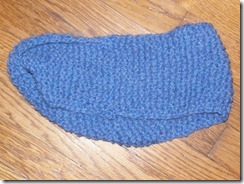 Another cowl in Cascade Baby Alpaca, which made me itch and sneeze And, finally, socks that I started in August. Yarn is Shi Bui. I used two skeins, which apparently were dyed just a tad differently, because the striping patterns don’t match.

I’m waiting on a delivery of more Malabrigo Rasta from a store in Atlanta. All the yarn shops here ran out and couldn’t get any more in stock. The store in Atlanta isn’t even sure they’ll be able to get me any. I hope so. It’s lovely stuff to work from .

And, yes, I have recipients in mind for all of these items.

Posted by hokgardner at 9:35 AM

is the button alpaca hat for me?

Hey you should do a give away. That includes me as a winner for those pink socks. Just sayin'.

You're a knitting machine.

Well given the weather you're getting on the north east, just as well you're knitting up a beanie storm! Love yer sox!